Friends4ever Forum
Welcome to beautyzaza's forum!
Indeed for more members..Check the forum carefully and register if you like it!

Join the forum, it's quick and easy
Friends4ever Forum
Welcome to beautyzaza's forum!
Indeed for more members..Check the forum carefully and register if you like it!

This is a place For EVERYONE to have fun and make new friends!

Welcome to beautyzaza's forum,Its made for all the fans of winx club!Here you can chat with friends ,post topics,become a mini-mod,have fun in contests,jokes,riddles, & even more..! Join us now for extra Fun!

Mystery of the Missing Cat

Mystery of the Missing Cat

Julie awoke feeling very excited. The clock shower 6:13 a.m., but she couldn't go back to sleep. That day was the day she was supposed to go for a picnic with her mum's siter and her two children, Kay and Gerry.

Mrs. Delaney's voice came through the door. "It's time to get up, Julie. I need you to help me pack the picnic goodies."

Julie jumped out of bed, quickly went to the bathroom and rushed downstairs only to see her brother, Mike sitting on the table, snickering.

Mike was ready for the picnic and was dressed in a blu T-shirt and a pair of dark blue jeans. On his head was a red Nike cap.

"You're up early," Julie said, adjusting the pink hair clip that she had quickly worn before rushing downstairs.

"Not like some people," Mike said, as he gingerly put some jam tarts that Mrs. Delaneyu had made the night before into the picnic asket.

Julie went into the fridge to take out come Royal Gala apples that her mum had bought at a local store the day before. "Actually I was awake much earlier but I feel asleep after that," she defended herself. "Just because you're up early today..." she glared at her brother.

Julie, a smart bubbly girl with a pair of twinkling eyes and a perky nose, was twelve years old while her brother, Mike, a skinny lad with freckles, was eleven. They liked to bicker but not for long since Mike had to depend on Julie to help him with his homework.

"Kids, stop bickering. Get the stuff into the picnic basket. Mike, make sure you take a mat. Julie, don't forget to pack the drinks and sausages..."

Helen Delaney laid the table for breakfast. She was wearing a green T-shirt and a pair of slacks. Despite her age, she looked very elegant. Mrs. Delaney was in her late thirties but people often mistook her ot be in her early thirties. It was not surprising because she took great care to make herself look good.

"Now, quickly take your toast before Aunt May and her children arrive. You know you Aunt May; she cannot tand tardiness."

Mike made a face while Julie took a piece of toast and buttered it with home made strawberry jam that Aunt May had sent over earlier on.

Even though Mr. Delaney was lost int he newspaper, he glanced at the children and could not help but smile at his family. He had resigned to the fate that his wife was very particular about meals.

Just then, Gino, their golden spaniel gave a loud bark. Gino was a six month old puppy with melting wine coloured eyes and a plumy tail. He was given to the Delaneys by Helen Delaney's friend, Janet, a veterinarian. The puppy was abandoned by her owner who moved house. Helem took pity on her and welcomed her into the home.

Julie went to the door to see what was happening. She saw a black Toyota Harrier outside the gate.

Mike, who was sipping his orange juice stood up and rushed towards the door. He was just in time to see his cousins getting out of the car. Kay was about the same age as Mike. She was small, had dark, curly hair tied into a pony tail. Gerry was very much taller than Kay and was thirteen years old. He looked like his dad, tall and thin with lots of freckles, reddish hair and an impish grin.

Aunt May came out of the car and walked behind the children.

"Now, Kay and Gerry behave yourself," she warned.

The children ignored her and rushed into the house.

The cousins were soon cruising along the highway towards the picnic spot about 25 kilometres away from their houses. Aunt May lived a street away from the Delaneys. She and her sister had bought the house in the same housing estate so that they could visit each other often. Her husband, Mark, a chemist, did not mind since he was an only child and his parents had passed away a long time ago.


Leyland Park was crowded with holiday makers who took the opportunity to soak in the sun during the summer holidays. Aunt May managed to find a parking lot under a shady tree. The children helped their mothers take out the stuff while Aunt May and Helen went to find a picnic spot. Luckily of them, an Italian family had just packed up to return home. Therefore, they were able to get a good shady spot to rest.

They were enjoying some spaghetti Bolognese that Aunt May had made when the subject of Gino came up.

"So how's Gino?" asked Aunt May. Gino was recently neutered because he was a nuisance during the mating season.

"He's such a lucky devil. But not Peanut," said Aunt May sadly.

"What an unusual name. Is it a dog?" asked Mike.

"Don't talk when your mouth is full, Kay," chided her mother.

"A cat? Whose cat is it?" asked julie, taking a bite on the Toyal Gala apple she was holding.

"She belonged to an old lady named Mrs. Tillman," replied Aunt May.

"So did Mrs. Tillman abandon her?" asked Helen.

"Not really. Mrs. Tillman lost her," Aunt May sighed.

"Why are you sighing, May?" asked Helen with furrowed eyebrows.

"Oh, Mrs. Tillman is not any old lady. She's got arthritis."

"Her only companion is Peanut."

"Where's her husband or her children?"

"Her husband died a year ago and she's childless. So Peanut is her only companion."

"Oh, dear, why don't yyou all befriend her?" asked Mike.

"She's such a very grumpy lady. She scolds everyone in sight and even beats them with a walking stick."

"Why did he do that for? Fustration?" asked Julie.

"Maybe, Julie. She is a loner and doesn't like company very much. She sometimes scolds people for no particular reason. Once she was kicked out of the supermarket for creating a scene there. The security guard literally carried her out and shooed her away."

"Poor thing," said Julie sadly. "Why don't we help her find the cat?"

"Yes, since you're not due for school until two weeks later, you should," said Helen.

"Aunt May nodded. "But we don't know how to cat looks like."

"How come? Doesn't she let the cat out?" asked Mike.

"How did she lose the cat?" asked Julie.

"Well, it seems she was sitting on the porch and went inside to take some biscuits. When she came out, the cat was gone."

"Did the cat run away?" asked Mike.

"I don't know. Anyway, my neighbour heard her wailing and asked what happend."

"Did she ask you all to look for the cat?" asked Helen.

"She didn't but wallows in self-piyt everyday," said Aunt May.

"Maybe we could help her find the cat," said Gerry.

"It would be wonderful if you all could," Aunt May started to gather the paper plates that they had used. "It really upsets Mrs. Tillman badly. I feel sorry for her."

"Okay. The children can drop by your house tomorrow and maybe you could take them to the spot where Peanut disappeared."

Aunt May smilied. "That is if Mrs. Tillman is not in a foul mood."

Come, it's time to go for a mountain hike," said Julie.

The children left the shady spot while Aunt May and her sister talked non-stop. 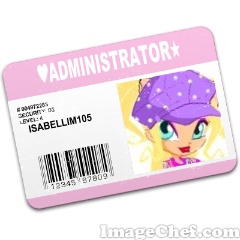